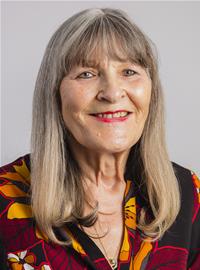 I have lived in Broadstairs and St. Peter’s since 1964 and represent Viking Ward on both the Town and District Councils

I am married with two adult children and six grandchildren who all live locally, which, I believe gives me an insight into the concerns and aspirations of the residents of not only the ward that I represent, but also the wider community

Prior to retiring, I was employed as a personal secretary and assistant to a regional director of a national company

For the past forty years, I have been involved locally with a number of local groups and associations as a fundraiser and event organiser

I entered local politics in 2007, because I care passionately about my Town and believe that I can contribute and make a difference for all of the residents within the local community

I had the privilege of serving as the Town Mayor for the Civic Year 2009 – 2010, an honour that gave me the opportunity to represent and promote my beautiful town throughout the County of Kent and beyond

I serve on the following Committees at Broadstairs & St. Peter’s Town Council:

I also represent the Town Council on the following outside bodies:

As a resident of Viking Ward, I am very protective of my constituents and promise to listen, support and action any of their concerns with both energy and commitment