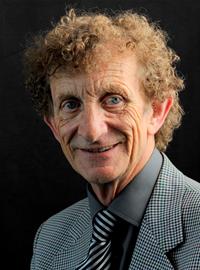 My name is Keith Coleman-Cooke and I was elected as a District Councillor in the May 2011 elections.

I was born in Catford in South London and was brought up on the Downham Estate; I left school at Christmas 1962 and had a variety of jobs prior to joining the army in 1965.

I spent 10 years in the army form 1965 to 1975 when I was medically discharged, I was in the Royal Corps of Transport and enjoyed most of that 10 years serving in Catterick, Cyprus, Germany for 2 tours, Singapore and Ashford.

On my discharge I spent the (very hot) summer of 1976 as a children’s chief sailing instructor in Poole but by the end of the season I thought that I should start thinking about another career.

I returned to South London and got a job as the deputy night manager in a homeless men’s hostel catering for 734 homeless men each night, I was also doing some voluntary work at a local Gateway club for young people with learning difficulties and a fellow volunteer offered to get me an interview for a job working in a residential home for children with learning difficulties.

To cut a very long story short I met my wife and we went on to manage children’s homes and then owned and managed our own homes until 2005.

I now work as an independent consultant and trainer in the child care sector but I also do other training for any business.

I am married with 2 sons, one works in IT and the other finished university in June 2011

My wife and I have also fostered children, starting in 1981

I am a past president of Westgate and Birchington Rotary Club and to that end I have been involved with many voluntary projects in Thanet and in East Africa.

I would like to represent all residents within my ward but of course everyone wants their problems to be dealt with first, understandable and I will do my best.